Why is Slovakia the only country in Europe to implement the EU’s anti-MRI directive in advance, when the Commission itself has written to member states saying in effect that they are going to postpone the MRI part of the EMF directive? See Medicexchange.com for some answers.(Funny to think now that I attended a economic trade fair in Czechoslovakia, as it was in 1988, as a guest of HM Government, complete with little flags flying from the front of the black limo). 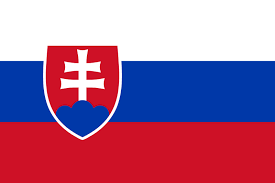 PS: Heard from Commissioner Vladimir Špidla’s office on 19 June: Apparently, only Slovakia has implemented it, but there are no indications that it would have done so in order to restrict the access of patients to MRI investigations (which, let me re-iterate, is simply not among the objectives of the Directive).  Rather, it appears that Slovakia has implemented the Directive under the assumption that the limits which it sets would have no effect on the practice of MRI.” Latest story developments on Medicexchange.