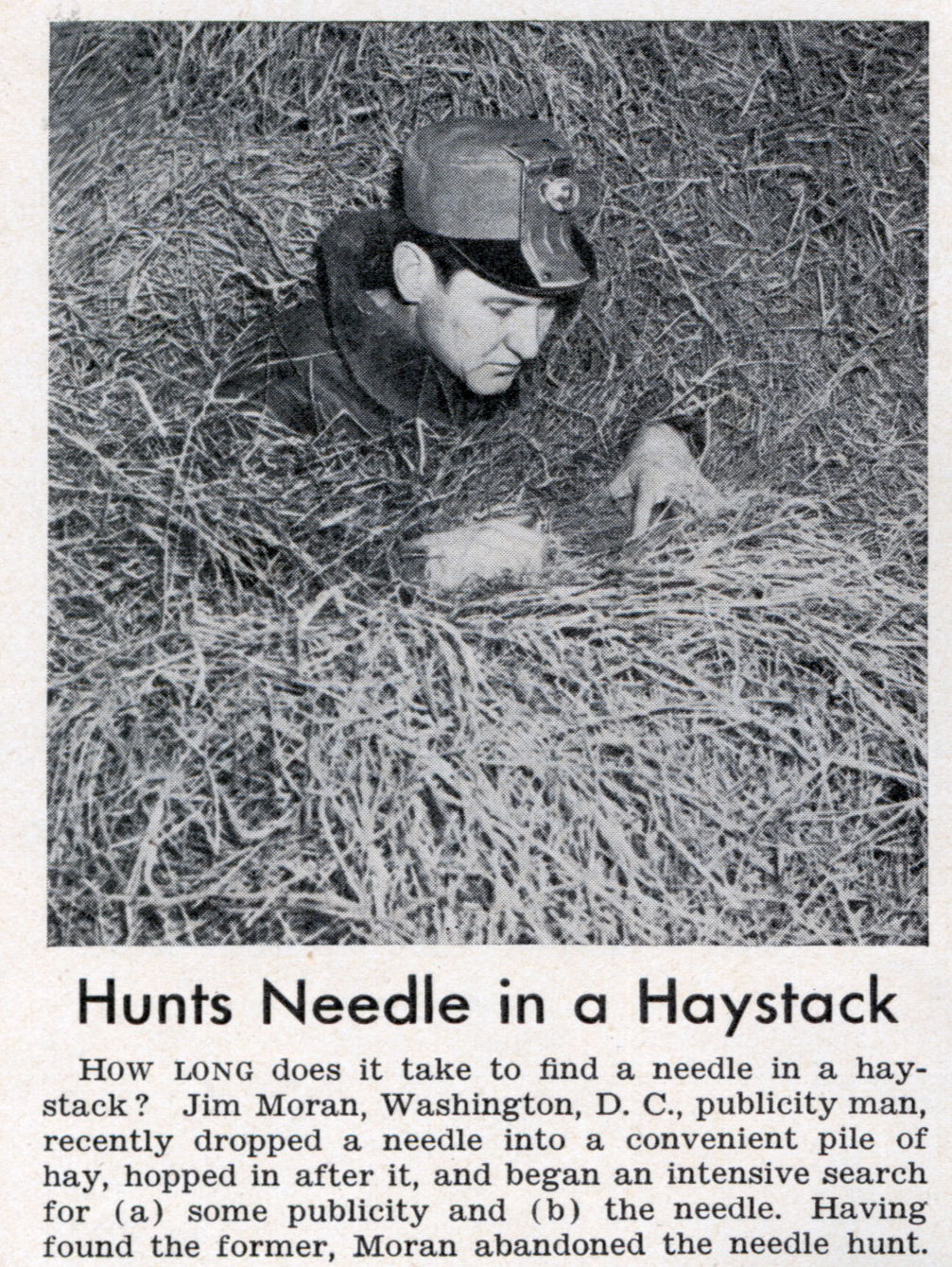 Phew, just found my  joke I contributed to the xs4all Science Jokes site wayback in March 2001. Now it looks like a joke about #thinslicing, in part because it includes concepts borrowed from my travels – heterogeneous organisation of data – comes from talking to a group of computer scientists at a First Tuesday meeting in 2000:

Q: How do you find a needle in a haystack?

Scientist says: One draws up a research and development proposal for a new
and improved device, costing $100m in budget and just under $200m on final
completion. The device can harvest for needles in any given haystack in any
terrain at any time, and operated by remote or even hands-on control.

Chaotician says: Faced with such a heterogeneous organisation of data you
assemble a bunch of friends (say ten or less, or maybe more if there is free
alcohol) and hold a party on the haystack. Someone will be bound to find the
needle by stepping or sitting on it. Or if they don’t something much more
strange + interesting will appear, so that the needle is classified as a
variant hay-straw. And the new discovery classified as the strange attractor.