Making a positive difference one day at a time. #London #Leicester

Remote work is an emerging working system that has become increasingly popular over the last year. The Covid-19 pandemic has forced many businesses to migrate to a more flexible system that allows staff to work from home. While it is commonly called “working from home”, it can be done from everywhere, not just your house. This system provides many advantages over traditional work but it is not without its challenges. Managing a remote team hasn’t been easy, especially for companies that didn’t work remotely until the pandemic started.

1. Time Zone Differences
When you’re managing a remote team made up of members from different parts of the globe, you’ll always have problems with scheduling. The United States alone has six time zones. Imagine having a team of 100 workers scattered across the globe. Some are in the US, China, Africa, and the United Kingdom. How do you schedule group meetings with all your team members? It’s not going to be easy to find a time that works for every team member. To fix this problem, team leaders need to get the personal schedules of everyone in the group and use online tools to come up with a system that works. Team members can use joint calendar apps to participate in creating a schedule.

2. Communication Problems
In a traditional office, verbal and non-verbal communication happens smoothly and more efficiently than in a remote workplace. Rather than face to face interactions, most of these remote workers communicate through work-chat platforms like Gmail and Slack. While video conferencing apps allow team members to communicate virtually from different parts of the world, it still isn’t as effective as face to face communication. For one thing, video conferencing meetings cannot last for too long. They are typically limited to no more than one hour at a time.

3. Connectivity Issues
There is also the problem of connectivity. Without a strong Internet connection, video conferencing calls will be interrupted multiple times. You need to have access to the Internet during working hours and beyond if you’re to avoid missing important updates from your office. What happens when there is a glitch and you don’t receive the message in time? To solve this problem, most remote teams create internal networks dedicated to communication. These tools foster two-way communication so that remote workers can communicate easily without feeling isolated.

4. Tracking Productivity Isn’t Easy
Team leaders have difficulties tracking the productivity of their remote work teams. There is no way to know how much work is done within a specific time. Workers might decide to outsource their jobs to freelancers and the team leaders will be completely unaware. In the traditional workplace, it’s easy to know if a worker is being over or underutilized. All crucial tasks can be done during working hours and the team leader will know whether team members are pulling their weight. One way to solve this problem is with performance tracking metrics.

5. Building Company Culture is Challenging
Face to face interactions on workdays and during company retreats help to foster company culture. It doesn’t just happen overnight. It takes time to cultivate and it requires synergy between every worker, irrespective of their position. With a remote team, more efforts will need to be put into building company culture. The managers and company owners will need to play a more active role in fostering company culture for their remote team. A virtual open-door policy will work well in this regard. Virtual movie nights, book clubs, and other social activities can be scheduled for the remote team. It doesn’t have to be office work all the time. There should be time for socialization.

Conclusion
Building a remote work team isn’t going to be easy but it can be as productive as a typical office or even more productive. The Covid-19 pandemic has revealed that remote work is going to grow in popularity in the years to come. Tech companies were the fastest to adopt a remote team culture. So, it’s not a surprise that people have been flooding to bootcamps like those you can find at Computersciencehero.com. In these bootcamps, they can learn tech skills and work from home. Remote work might not be perfect yet but many workers have said they would want to keep working from home long after the public health crisis is over.

Guest post from Artur Meyster (Twitter / LinkedIn), who is the CTO of Career Karma (YC W19), an online marketplace that matches career switchers with coding bootcamps. He is also the host of the Breaking Into Startups podcast, which features people with non-traditional backgrounds who broke into tech. 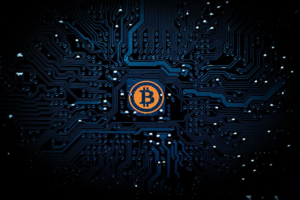